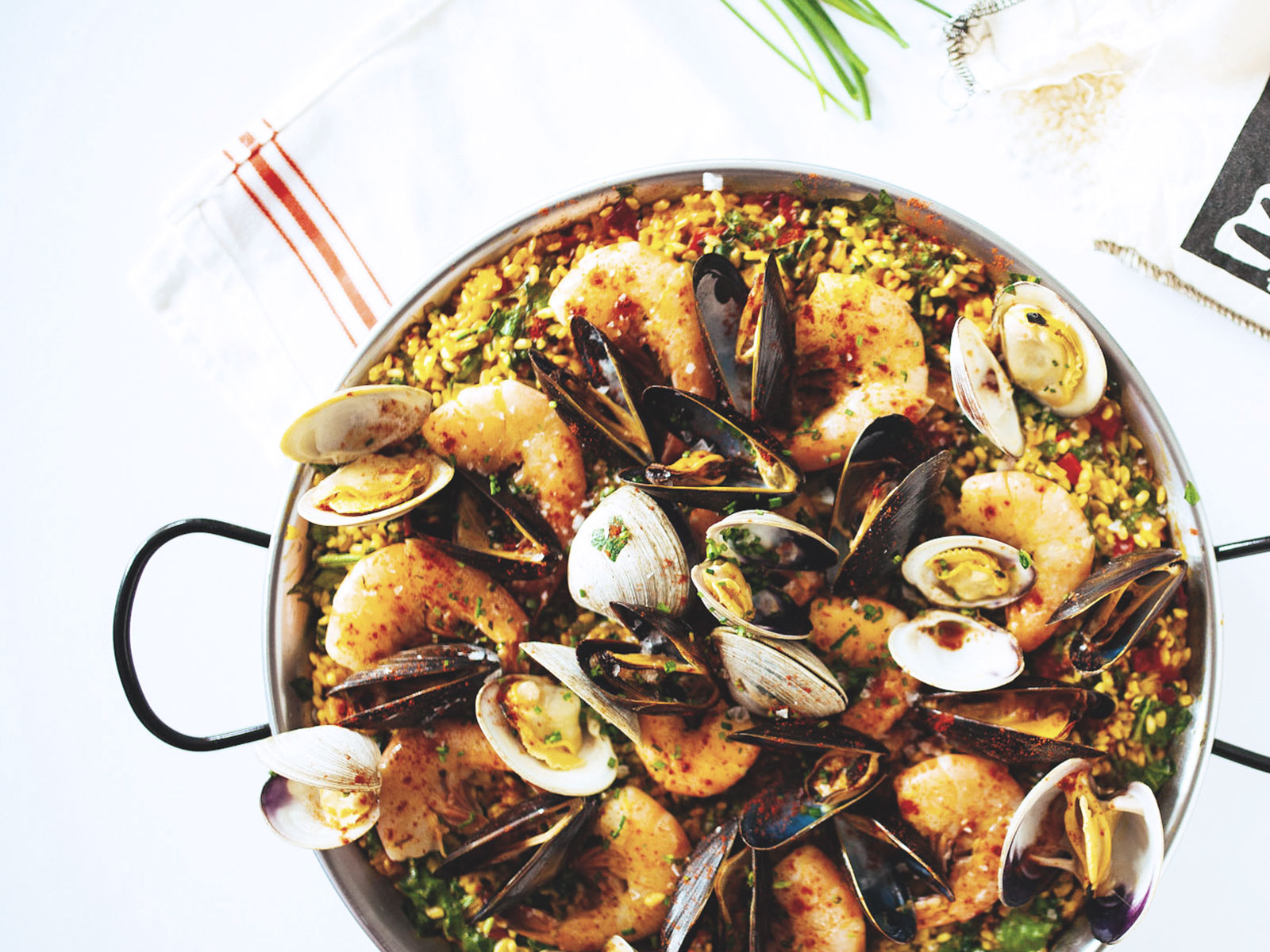 Paella is a Valencian rice dish with ancient roots that originated in its modern form in the mid-19th century near Albufera lagoon on the east coast adjacent to the city of Valencia. Many view paella as Spain’s national dish, but most Spaniards consider it to be a regional Valencian dish. Valencians, in turn, regard paella as one of their identifying symbols.

Types of paella include Valencian paella, vegetarian/vegan paella, seafood paella, and mixed paella, but many other types are known, as well. Valencian paella is believed to be the original recipe and consists of white rice, green beans (bajoqueta and tavella), meat (chicken and rabbit), white beans (garrofón), snails, and seasonings such as saffron and rosemary. Another very common but seasonal ingredient is artichokes. Seafood paella replaces meat with seafood and omits beans and green vegetables. Mixed paella is a free-style combination of meat from land animals, seafood, vegetables, and sometimes beans.